A Walking Tour of DC Sites

Yesterday, we hit the ground running.  It’s our last day in DC proper.  Today we’re heading to Georgetown and the National Harbor area so we had to make sure we saw the rest of the major sites.  The weather yesterday was the worst so far.  Hot, muggy and a few showers…I have to say, I was a hot mess.

First stop on our walk was the Department of Treasury.  Very pretty building – I have to say…all these buildings are gorgeous.  I was totally digging the tile work here though. 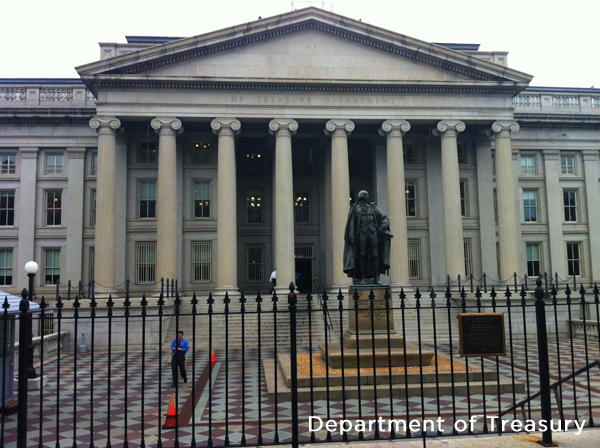 Next stop was right next door – the White House.  At one of the first gates, I spotted this gal that I had to get a picture of because I just loved her color block outfit and the purple umbrella just completed the look.  A little fashionista working at the White House. 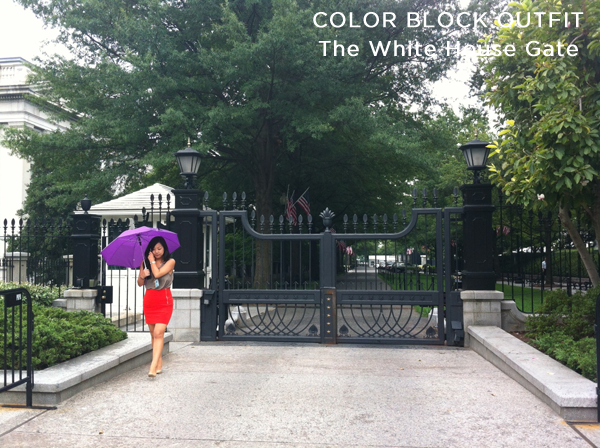 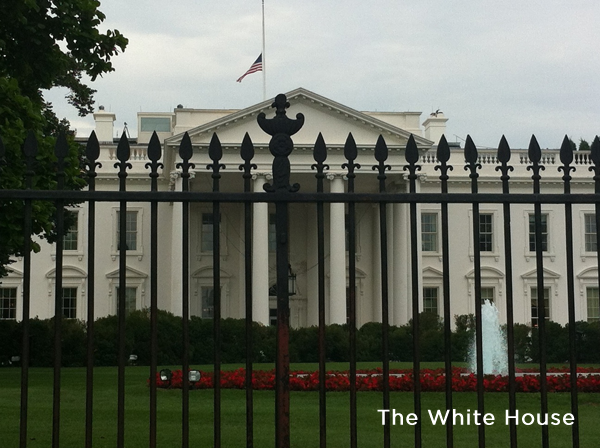 Next up was the Eisenhower Executive Office Building.  This building just seemed very grand to me.  Again with the tile – LOVE! 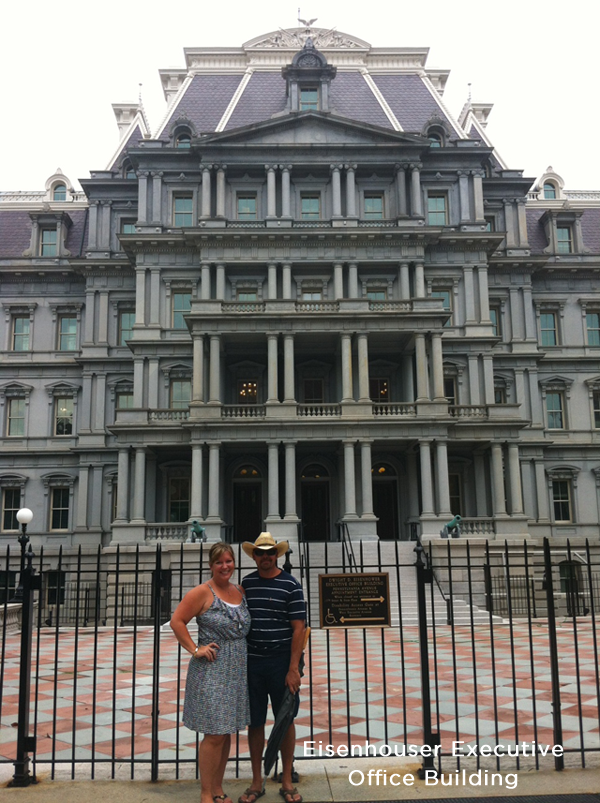 We saw a protest…the AIDS conference was in town.  This was one of the most colorful protests I’ve seen.

Next up was the Lincoln Memorial, and it was majestic.  There is something about being there in person.  Not sure what it was, but it was truly magnificent.  A work of art.  My mister was standing there and said…this is where Martin Luther King stood and gave his famous “I Have A Dream” Speech – WOW.  We were kinda bummed – the reflection pool was being worked on, so we didn’t get the full impact. 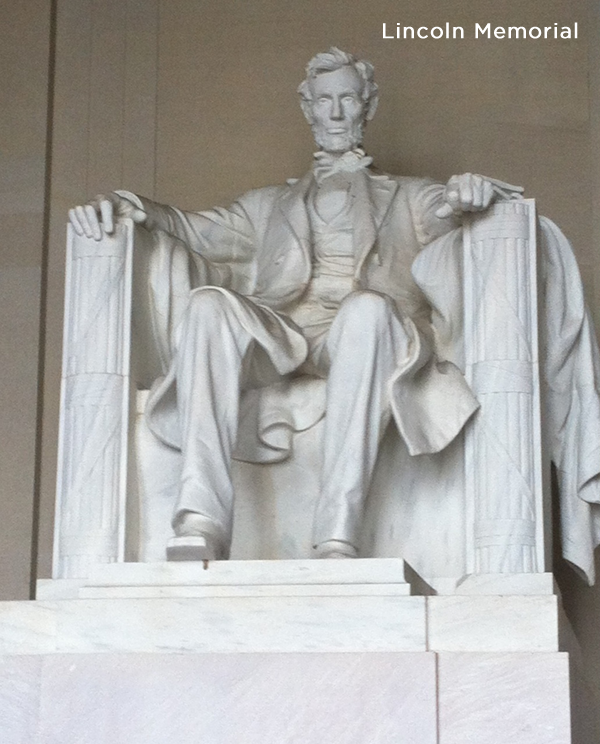 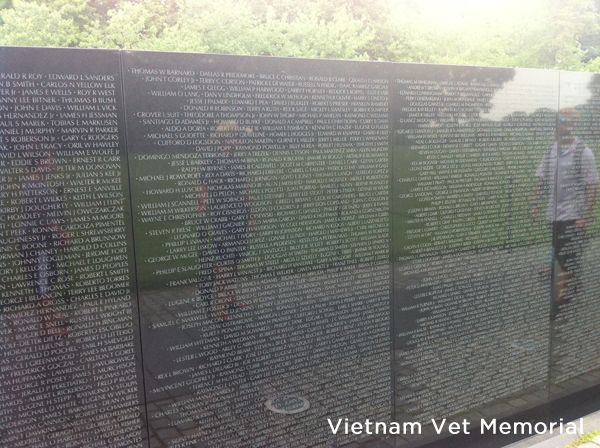 As we made our way through the park (thankfully the sun wasn’t shining and we could cool ourselves with the trees) we stopped and had some ice cream and I was able to get this shot of the Washington Memorial.  It was closed due to earthquake repair. 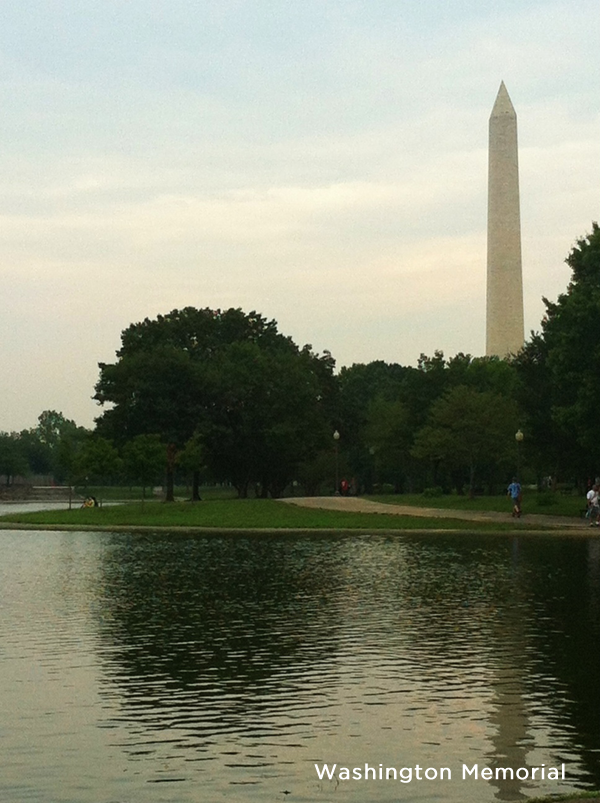 Next up was the World War II Memorial.  At this point, we are bribing the little mister to go just a little further.  We had one more stop after here.  He did ask if he could put his feet in the water…we told him…”probably not the best idea.  We’ll be in air conditioning soon.” 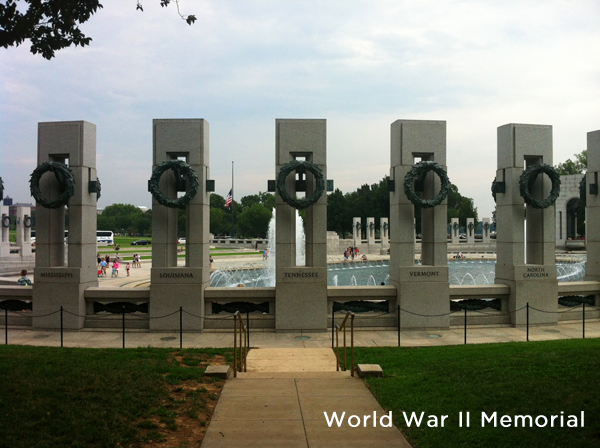 Our final stop – the Holocaust Museum.  This museum was emotional.  We were only able to see parts of it due to the time, but what we saw was so worth it.

It was interesting, in all the museums we went to, we had to go through the airport type screeners.  This was the first one that asked me to take a sip of my water.  They did it with everyone bringing in water.  Sort of strange. 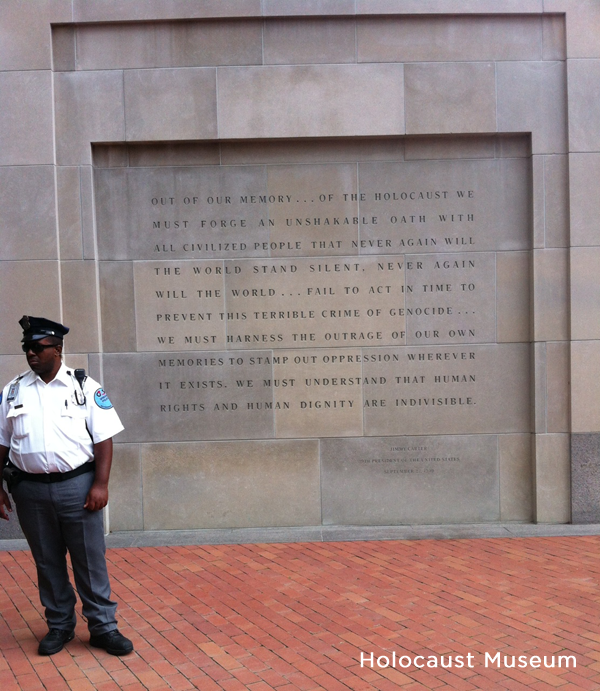 All in all, this has been an amazing trip to take with an 11 year old.  The questions that he has asked has really surprised both the mister and myself.  Not sure what we were expecting, but are really proud that we are raising a boy who is truly interested in the history of the world.