The oscars were last night and I have to say, I had the funnest time tweeting during the show. I don’t think I’ve ever tweeted that much in a 4 hour window of time.

There were definitely highlights from the show as well as some major flubs.

The Teleprompter
The teleprompter was a disaster. It’s safe to say that at least 50% of the presenters made a mistake. The worst was John Travolta for clearly mispronouncing Idina Menzel’s name. You’re on national television and live – practice! The best and most poised was Angelina Jolie assisting Sidney Poitier in pronouncing the winner for Best Director, Alfonso Cuaron.

The Acceptance Speeches
The true win from the night were a few of the acceptance speeches.  Three stand out. The first was Lupita Nyong’o (side note: she looked absolutely stunning in the ice blue prada dress she was wearing) who was so gracious and humble. Her message that “no matter where you’re from, your dreams are valid” really hit home for me. 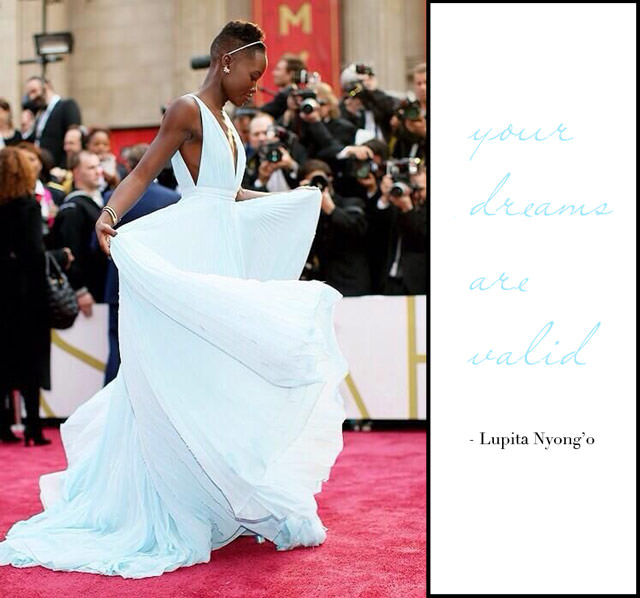 The second was Best Music – “Let it Go” from Frozen written by Kristin Anderson-Lopez and Robert Lopez. The fact that they rhymed their speech was just great, but it was the message they were sending to their kids and everyone else that made it perfect. “Never let fear or shame keep you from celebrating the unique people you are.”

And last was Matthew McConaughey, Best Actor. “It’s a scientific fact that gratitude reciprocates” is nugget everyone should remember.

The Set Design
I love seeing the set designs at award shows and how they use the latest technology. But it was the “low-tech” of the incredible backdrop of paper flowers that took my breath away. This is one of those trends we will be seeing more of. 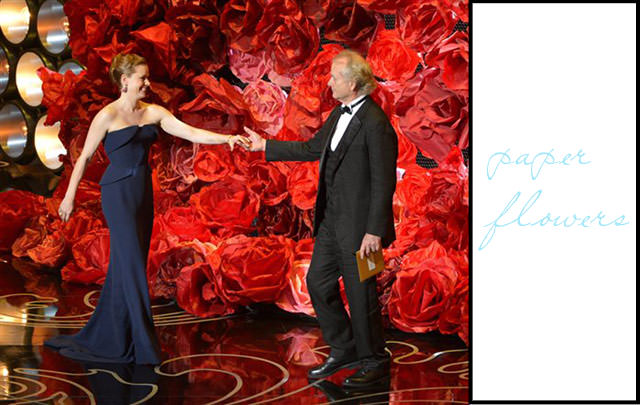 Color Trends
From a color standpoint, lots of navy from both men and women and white sparkly for the women. Anna Kendrick said it best…

Random Thoughts
Ellen did a pretty good job, but it looked like she kept missing her cues. Maybe that was the way it was suppose to be, but just seemed odd. The pizza party was funny.