Pretty Snowflakes that Turns into a Blizzard

When it’s snowing – it’s really pretty.  But what do you do when that those pretty snowflakes turn into Blizzard…and you have a group that is arriving.  You enact your Force Majeure clause. 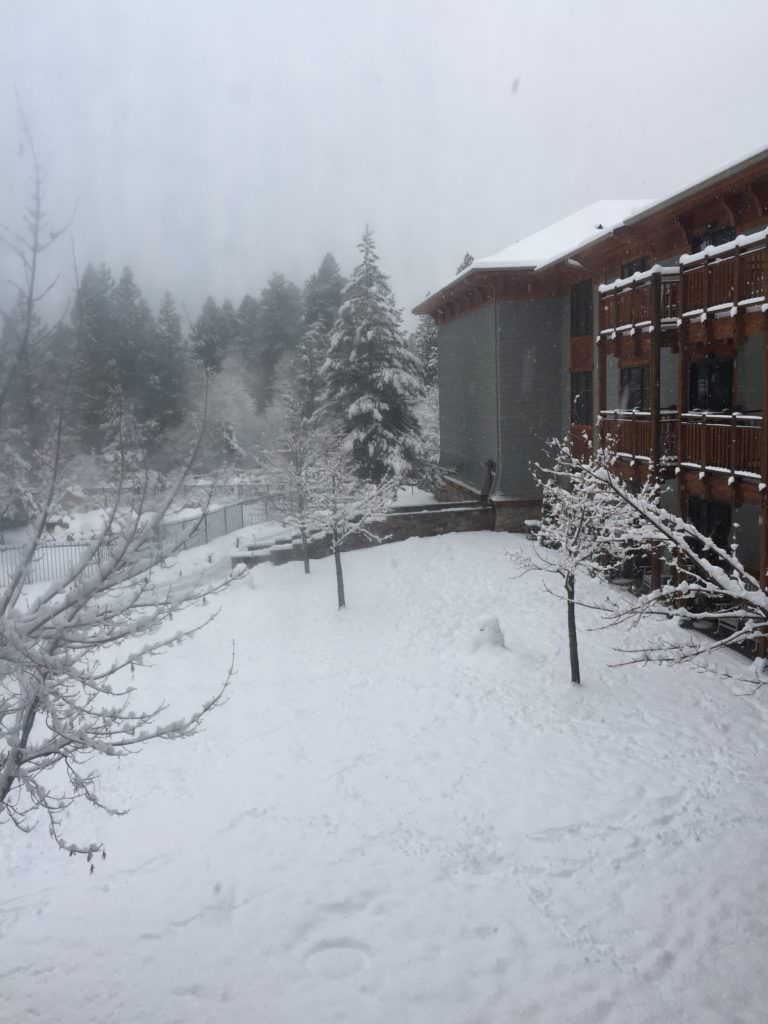 I’m going to tell you a story and it’s a true story because I think this was a fail for both the hotel and the event planner/company.

My husband went to Tahoe to watch the Super Bowl this past weekend.  We were keeping an eye on the weather report and it showed that Saturday, Sunday and Monday were going to be snowing and there was a winter storm in effect.  (By the way – he flew to Reno vs. driving from the Bay Area.)

He woke up Sunday morning and the winter storm warning turned into Blizzard AND Avalanche warning for Monday and roads would be closed and don’t go outside.  Kinda scary, don’t you think?

I’m going to digress for a minute to share an example.  We had a program that was taking place in South Carolina during Hurricane season.  We were watching the weather for 2 weeks to make sure nothing would happen.  Sure enough, a hurricane was brewing.  About a week before the program, we started looking for alternative locations and 4 days before the program – pulled it from the original hotel and relocated to another state.  Our force majeure was used since we weren’t able to fulfill our contract due to an Act of God.

BACK TO THE BLIZZARD

I’m about to make an assumption here, but this is where I feel both the hotel and the event planner/company failed.  The planner/company should have been in constant contact with the hotel.  Maybe they were and just hoping and praying that there wasn’t going to be a Blizzard (weather can change), but don’t leave it to the day of to decide.

I called the hotel on Sunday and talked to the front desk manager of this Tahoe property and asked if he really thought this group would be checking in on Monday.  He said they were traveling via bus so they were expecting them.  Of course I said – even with a blizzard and the roads closed?  To me, this is just plain idiotic.

There were so many guests that were going to the front desk to ask if they could extend there stay and were told no and they would need to leave at check out.

My husband left early on Monday morning to drive back to Reno.  He had befriend a waiter in the restaurant and said waiter told him on Sunday, if I’m here on Monday, I’ll let you know how the drive was (he was coming from Reno).  Another side note – amazing customer service by this waiter – he even took pictures to show him.  But was this safe?  Not really.  The hotel did direct him a longer route on a newer highway.  Thanks for that!

If the hotel was in constant contact with the client, they should have said that they will have a challenging time getting to the property or they might not even make it and given them the out for their contract.

And guess what?  The group didn’t end up coming because the roads were closed.  They even shut down some of the near by ski resorts due to the huge amounts of snow they received.  Again, I’m making an assumption.  But now the hotel is out even more revenue because they don’t have the group revenue and they don’t have the revenue from the hotel guests that wanted to extend.

I checked the hotel website on Monday night to see if there were any rooms available and there were.

My weather best friend is Wunderground.  To me, the information is really reliable.  Do you have a favorite?

WHAT IS FORCE MAJEURE?

Some of you might be wondering, what the heck is Force Majeure.  It’s a clause that is in your contract that protects the client from acts of God (i.e. weather), acts of public enemies, earthquakes, explosions, fire, flood, inability to act due to government action, lockout, natural or artificial disaster, riot, sabotage, strike, terrorist act (as classified by government authority), war or any other Force Majeure (within the city of the meeting) circumstances beyond the control of the parties which would cause 50% or more of the planned event attendees to cancel their attendance at the planned business meeting of the Group.

It also covers the hotel if the hotel isn’t able to meet their obligation as well.  In order to use the Force Majeure clause, it needs to be in writing by either the client or the hotel.  It gives you the ability to postpone the program or cancel the program all together.

I’m sure the client ended up enacting their Force Majeure clause.  We did for the program that was effected by the hurricane.

For those new to the event industry or wanting to add corporate events as a service, this is one of the things we cover in the ROAR playbook.  The playbook is a comprehensive e-course that covers virtually everything you need to know about corporate events – from event design, planning, catering, production, contracts, pricing and more.  Be sure to join the waitlist and you’ll be notified when doors open again.