I’m so excited…today was my first party feature.  To say I’m over the moon is an understatement.  Thank you Kara’s Party Ideas for featuring Tucker’s Birthday.

What do you do when your little mister is turning ELEVEN?  He always loves to have parties at home…we’ve only gotten away twice with having parties outside the house.  I guess thats what happens when your mom owns an event planning company.

So this year the plan was to have a camping party.  For those of you who follow me on Pinterest, I’ve been pinning camping inspirations.  Planning events for a living does have a downside.  There was a very specific type of tent that I wanted for this party.  I did find it on the east coast, but I wanted to rent it – not buy it.  I couldn’t find the one that I wanted anywhere on the west coast.  So we changed gears slightly.

We were always doing the outdoor movie, now we just made it the emphasis.  The boys were still able to pitch a tent outside and have their slumber party – it just wasn’t the focus.

I wanted the invitation to be more of an illustration vs. something computer generated.  So I enlisted the help of my mom – who is an amazing artist.  Originally I gave her the idea for the camping (which she nailed that invite) and then the next day I called her and told her that we are changing things up.  She drew the picture and then faxed it over to me.

Next up was Adria from Anders Ruff.  I emailed her the image and she ran with the rest.  I told her the feeling that we were going for was vintage outdoor movie night.  Paper Source was next for the labels and the envelopes.  I love how they turned out. 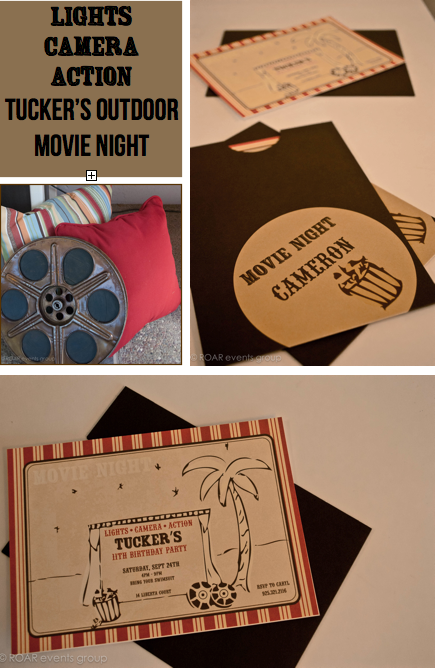 I found a vintage film reel on craigs list for $10.  It’s from 1969.  The red french fry containers are from Cost Plus (thanks to Rebecca from Fresh Chicks Designs for that find) as well as the large popcorn buckets.  Anders Ruff did the labels and the water bottle wrappers. 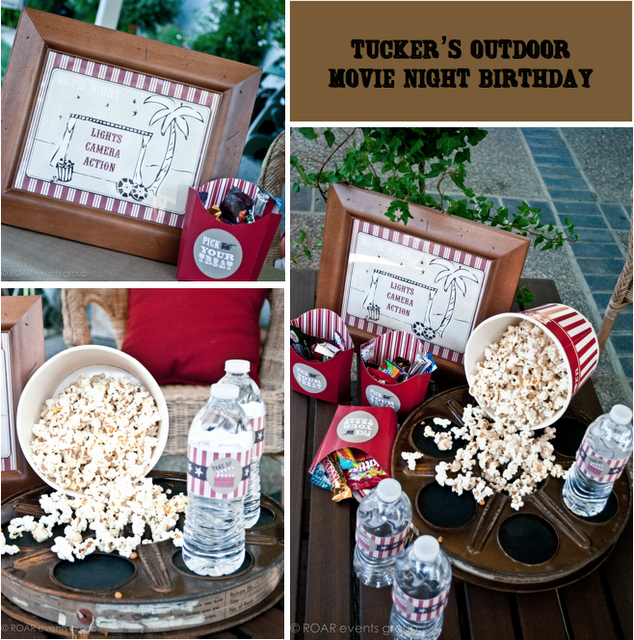 Instead of a dessert table, we decided to create a concession stand.  I enlisted the help of Michelle from Cakewalk Baking to create the film reel cake.  This cake was AMAZING!  There was lots of movie time candy – the kids were definitely on a sugar HIGH!  The popcorn and film reel cookies were created by Allyson Jane.  Super yummy!  Anders Ruff did the concession stand banner and we took the images that she created and made a little backdrop. 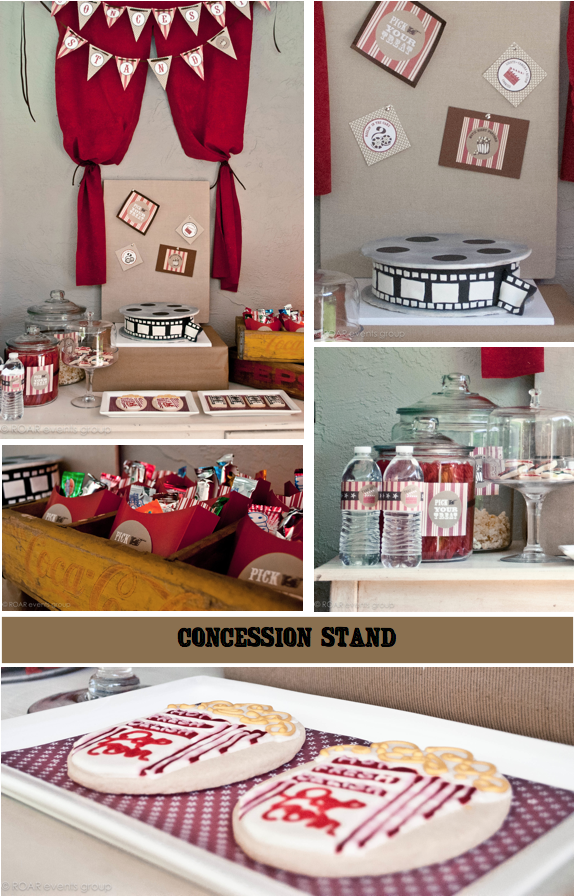 Next up – time for the movie.  The kids finished swimming, eating pizza, having cake and they were ready to settle into watching Old Dogs with John Travolta and Robin Williams. 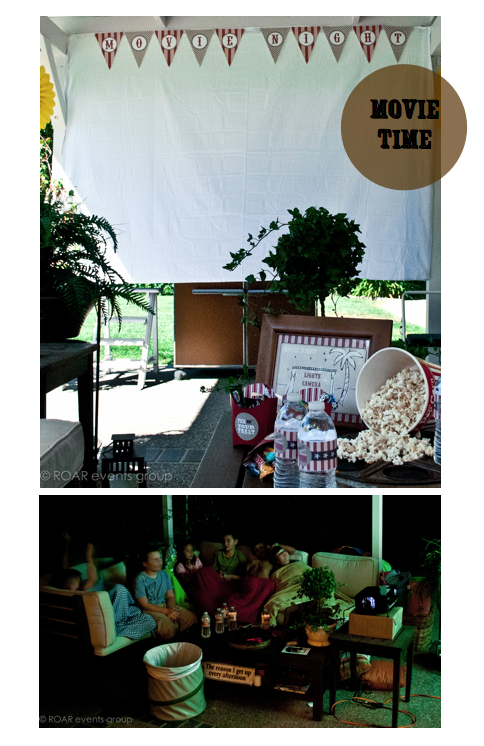 Everyone had a blast.  The best part…the little mister saying this was the best birthday ever!

Thanks so much Modern Frills & A to Z!! ~Caryl

A To Zebra Celebrations

Thanks so much Keisha!!

Visiting from DiD – love the invites! Everything is super cute!!!